This playful piece from Inc. argues that the key to making yourself irrobotically replaceable (that’s a thing!) is by striving to be more human!

If you’re not worried about AI and the future of your job, then you’re not human. So stop right there: Being more human is exactly what will save us from the robots.

He gives a few specific thoughts (ending by lauding the liberal arts, s/o).

Here’s a gem, though:

…soft skills are the hard skills of the future. Feeling is the new thinking. With everything that can be done efficiently soon delegated to machines, only what is inherently human will help you retain your competitive advantage in the job market.

True, or no, I love this sentiment: soft is the new hard and feeling is the new thinking! (I actually know it’s true!)

Speaking of being more human…

MEANINGFUL WORK (NOT JUST FOR ELITES)

I spend hours each week in my work championing the notion that all humans are made for meaningful work. Those who do not have it within reach experience its phantom lacking. Those who do, often feel a cognitive dissonance of guilt toward their privileged state.

For my part, I consider the meaningfulness of our work as part privilege part social remedy and thus of sacred importance.

Vocation is the place where our deep gladness meets the world’s deep need.

For this reason, I was drawn to this article at Harvard Business Review by Richard Straub and Julia Kirby arguing that “Meaningful Work Should Not Be a Privilege of the Elite.”

They give consideration to several measures of societal prosperity, one of which posits, “Prosperity in a society is the accumulation of solutions to human problems.”

They take it a democratizing step further, and I resonate with their insight:

If we’re thinking about prosperity in broad terms, then we should also recognize it isn’t just the solutions themselves that improve quality of life – it’s also engagement in the act of solving. Participating in the satisfying work of innovating enriches lives by endowing them with purpose, dignity, and the sheer joy of making progress in challenging endeavors. Imaginative problem-solving is part of human nature. Participating in it is essential to the good life – and no elite minority should have a monopoly on that.

The whole article is a worthwhile read, if for no other reason than to give consideration to how societal prosperity and meaningful work can be defined. It also can be a prompt to consider whether (or how) your life might be “engaged in the satisfying work of solving our societies problem.”

It’s an idea that cuts two humanizing ways: aspire to your highest meaning by helping others in your society to do the same.

HOW TO REMEMBER THE CIVIL WAR

Of course this topic flubbed its way clumsily into the national conversation this week. (Cue the sad fiddle music!) But last week’s Economist tells the story of a “cyclorama” (a 360º enclosed panorama), which was initially created to celebrate the Union victory in the Battle of Atlanta. (You’ll recall Gone With the Wind? It even features Rhett Butler.)

After being moved to be displayed in the south, the soldiers uniform colors were altered to recast the piece as a memorial to the Confederate cause!

In line with the region’s mythology, which even today can make it seem that the South won every battle but lost on a technicality, advertisements declared it the “Only Confederate Victory ever Painted.”

It eventually fell into disrepair and was confined to storage. It is now being re-restored, but elicits the question of what angle it will present.

The exhibition will present it not as a shrine but as a palimpsest, as full of meaning as it is of bloodshed, with explanations not only of the battle but of the painting’s own past—including the long stretch in which white and black viewing hours were segregated.

Our nation’s history is complicated to put it lightly, thus we must find imaginative and truthful ways of remembering it! For this reason, I appreciated this case study.

Also, palimpsest? What a great word! Cyclorama? Impresario? If the Economist only provided bylines, I would tweet the author to compliment his or her vocabulary—but, alas!

An airline pilot named Sales Wick shot this spellbinding time-lapse of the Milky Way from the cockpit during a flight from Zurich to Sao Paulo. This was featured on Gizmodo’s Sploid site.

Not much more to say. How else might you spend the next 3 minutes?

I may try to add a curated tweet each week.

I find that remarkably few people know where their tax dollars REALLY go. Here is your receipt. Check it out. pic.twitter.com/PpWblqNrPb 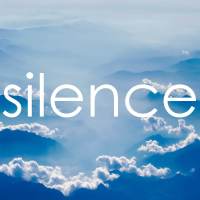 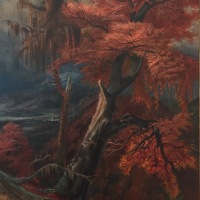