I’ve been thinking a lot about the topic of values since the last election, and the role they play in our national social, cultural, political conversation.

My teenage years were spent in Colorado Springs, during the 1990s high-momentum days of the Religious Right. Focus on the Family had just relocated to my town, Promise Keepers was filling more and more stadiums with fervent Christian men and tensions over values were palpable. I attended a Promise Keepers event in Boulder, Colorado in 1994, where planes flew over-head trailing scornful messages behind: “Smart Women Don’t Believe Your Promises!” read one; “Promise Keepers: Losers Weepers” another. Local residents would honk their horns and flash the finger while we walked back to our cars. I was just happy to be one of the good guys!

Nixon’s “silent majority” had morphed into Falwell’s Moral Majority, and now James Dobson & Co. were stepping in the ring—the gloves were coming off for those with values!

Of course this only galvanized those on the left to plant their own flag in the territory of values, and I recall the many Volvos and VWs tooling about town with bumper stickers like “Focus on Your Own Damn Family” ($1.50 on Amazon) and “Hate is Note a Family Value”. (There’s a sociology term paper titled “On Liberal Messaging” tucked in here somewhere.)

The decay of the nuclear family was bemoaned as our primary national ill. Then someone named Hillary Clinton wrote a book called It Takes a Village, and conservatives went apoplectic, “Don’t you dare!”

The idea of values had been beat from plowshare into sword, and was being swung with wild frenzy!

Even the Addams Family took up the cause! Things were getting weird.

It all died down eventually—or at least the term “values” got stretched indistinguishably shapeless—but the attitude had merely gone subterranean, like one of those giant worms from Tremors (among the finest of Reba McEntire films). And yet it surfaces still; hungry for more.

So lets settle this once for all: who has values?

A 1949 Donald Duck cartoon left and indelible mark on me. Donald Duck’s birthday is fast approaching, and his nephews Huey, Dewey and Louie are bent on getting him the perfect gift. They pour over catalogues until they find the one: a box of 50 cigars, for only $2.98!

But they’re penniless and so they fly into an industrious flurry of yard work, eventually presenting their uncle with an itemized invoice totaling the amount needed. They are speeding out the door to make the purchase when Donald intercepts them. He’s holding a piggy bank, and demands they put all their earnings into savings. They eventually succeed in stealing the bank and renewing their plan, but, unbeknownst to them, their uncle is spying on them. When he sees them buying the cigars, he is livid and hatches a plan to teach them a brutal lesson. He is lying in wait when they return to their treehouse, and, falling upon them, crams one cigar after another into their mouths—forcing them to smoke them all until they collapse into a wretched pile. (It’s actually fairly unsettling!)

Donald reaches into the box for another cigar but instead finds a small note reading, “Happy Birthday Uncle Donald – Love Huey, Dewey and Louie.”

The realization staggers Donald, at which point he literally is reduced to the size of a bug and falls through a hole in the floor.

In the sanctimonious bias of his own flawed interpretation, he had  committed something unconscionable; his shrinkage a fitting metaphor of such cruel pettiness. It was he who was wrong in spades.

People need to believe their values absolute; of a morally objective provenance. Thus we are loath to consider how subjectively homegrown values actually are.

You see, values are actually amoral, the term is borrowed from the language of economics. Fresh water is more valuable to people in California than to those in Minnesota, warmth in the reverse. When we imbue values otherwise—with moral superiority—we only disclose our small obtuseness, or it discloses us!

Better to step out from our lazy biases to assay unfamiliar values more accurately.

Here’s an example from my context. I live in the city of Chicago. Come drive around with me, and you’ll hear a cacophony of automobile horns. If you’re not from a big city, you’ll think, “Boy, people in Chicago are sure rude, impatient and obnoxious!” You’d be wrong!

Values are born of what is valued in our setting. When I go to my wife’s small farming community, I’m always struck by how people all go to the local sporting events—even when they don’t have a kid playing! People are scarce in small communities, this engenders the value of participation. If only the family and schoolmates of players attended games, the bleachers would be a quarter full, so the community rallies around the local teams. You do it for other families, they do it for you. That’s how it works! Participation is a must, and it’s hard to account for those who don’t play their part.

So what’s up with all these obnoxious Chicago drivers? Big cities are fragilely orchestrated machines. If someone is sending a text when the light turns green, or being too tentative pulling out into traffic, things start locking up. When we beep, it is a form of advocacy. I’m rarely thinking, “You’re making me late!” I’m thinking about the growing line of cars behind me, and I’m advocating for them and for the performance of the collective system.

I mentioned this to a suburban friend a while back, and he snickered, “yeah!”

But it’s true! Let me cite two supporting pieces of evidence: first, when Chicagoans get beeped at, they don’t get bent out of shape (unless the person is actually being annoying), and, second, when drivers “cut off” Chicagoans, they don’t really care. They don’t! They think, “I get it. I’d rather have an aggressive driver pull in front of me than a tentative driver monkey-wrench an entire intersection.” (Suburbanites are the ones who indignantly huff, “He cut me off!” Urbanites don’t really share that vocabulary.)

Rural, urban, suburban; participation, advocacy and accommodation, respectively. Just one sub-set of the category of values.

Our values are loosely based on some common valuations of people being treated well and social systems working. There is a moral justice component to this which alone explains the ire and adulation surrounding issues like marriage equality, abortion and affirmative action. Our respective meta narratives inform how we enact what is just and right.

As Harvard political philosopher Michael Sandel observes in his book Justice: What’s the Right Thing to Do?,

Yes, there are competing bases for our valuations and for our applications of doing “right”, but lets not resort to cramming peoples behaviors into their mouths punitively like so many toxifying cigars, only to discover a right moral value hidden beneath!

The reason I’m writing this is because our social atmosphere is so poisoned by the smog of value recrimination.

It makes for good Nielsen ratings, so TV execs aren’t about to unplug it. Power brokers of all varieties secretly know this holds the key to staying in power. Since Bacon’s Rebellion in the 1670s, those in political and economic power knew it was critical to reenforce antagonistic relations between segments of common classes—pitting their values and interests against each other to erode the power of their common voice. It’s tragically brilliant!

It’s Bread and Circus, and we’re all waiting dutifully in line to enter the Colosseum—into the stands or onto the field, it’s hard to tell!

The reality is that we all have values, and the vast majority of them are very moral. There is a time and place and way to ferret out our competing bases and moral criteria with civility, but before we start cigar-cramming, let’s sympathize with the real story. If you let yourself be reduced to cigar-cramming, it will make you feel small. You may even fall through a crack in the floor!

The topic of values plays in our nation like a bank teller reproving a currency exchange teller, “Well I work with real money!” Too locked in the enclosed point of reference, he fails to grasp broader monetary concepts; of how value is conveyed across a spectrum of localities.

Currency exchange is probably a fitting allegory we might adopt. The shapes, sizes and hues of values all have their basis and environ of worth. Values are foreign currencies, but currency nonetheless. Would we learn their purchase by going abroad from our insular worlds in whatever ways we might?

What did Mark Twain say?

Travel is fatal to prejudice, bigotry, and narrow-mindedness, and many of our people need it sorely on these accounts.

Broad, wholesome, charitable views of men and things cannot be acquired by vegetating in one little corner of the earth all one’s lifetime. 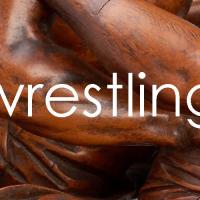