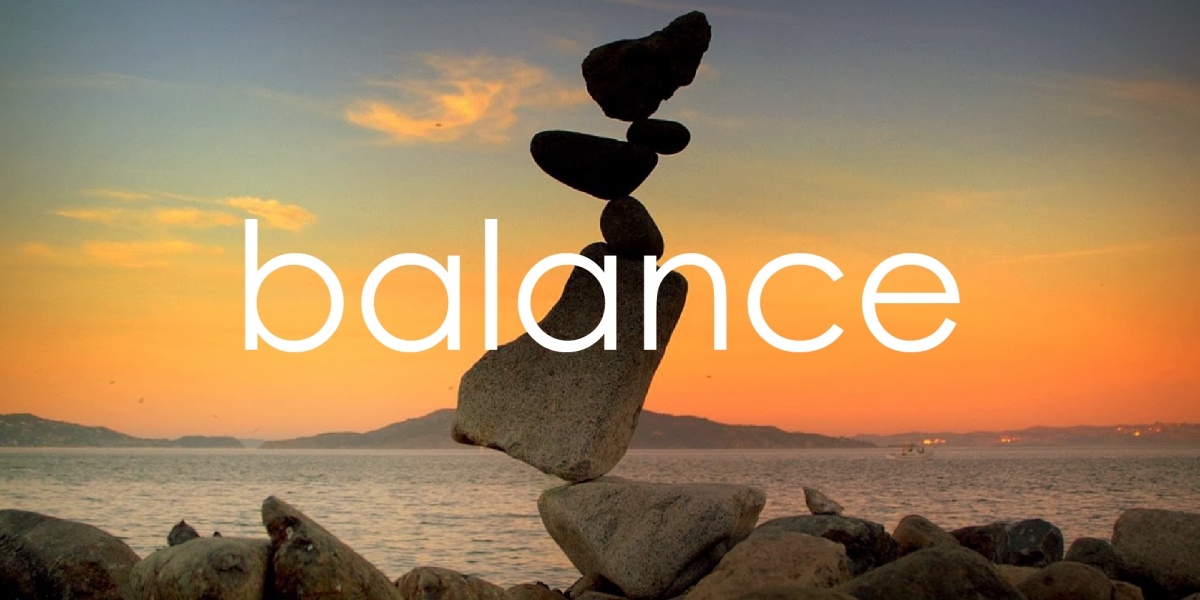 Used by permission. Michael Grab (gravityglue.com)A few months back I found myself suddenly beset by vertigo. It was an ordeal with which I would prefer no encore. At worst, the sensation was of constant spinning; an interminable Tilt-A-Whirl with a deranged operator. I could neither stand nor walk, but tottered and tipped my way through each day; bracing against anything and everthing firm. Even the menial required a Herculean effort of focus. Each slight sideways glance set my surroundings into nauseating slosh. By mid-afternoon, I was seasick and exhausted; incapacitated by nightfall. Accompanying these physical debilitations was the troubling uncertainty as to whether this would prove chronic or acute. Was this to become my new normal?

Mercifully, this condition waned and abated, leaving me with a newfound appreciation and awareness of this faculty called balance.

Balance, like many faculties, remains largely unheralded until it goes missing. We might learn to live in imbalance, as with other impairments, but only through compensating collateral exertion. Some cases of vertigo do in fact prove chronic, and the unremittingness of such a state unfamiliarizes those afflicted with experiential wellness while, at the same time, obscuring the toll exacted. We cannot comprehend what imbalance demands of us.

Haven’t so many of us forgotten what it means to be in balance?I follow an artist named Michael Grab on Instagram. Rocks are his medium, and from them he erects implausibly balanced sculptures. (Like the one heading this piece.) These sculptures have a quality that leaves one pondering, “What’s his trick?” His trick is understanding how balance works, and it’s the rarity of this acumen that makes his pieces seem all but miraculous.

My own attempts to construct rock sculptures have been… underwhelming and have left me with an increased regard for his work. But I found myself intrigued by a recent post in which Grab indicates that the rock itself knows how to balance. He rolls a spherical rock around on a flat surface until it finds its own resting spot. (You can watch below.) During a recent afternoon on the Lake Michigan shore—at a rock-strewn cove Hyde Park-ers fittingly dub “Rocky Beach”—I sought to employ this principle, and I found it reliable.

In Parker Palmer’s meditation on vocation, the warm and wise Let Your Life Speak, he observes something similar. Connecting imbalance with burnout, he draws a link to a violation of self:

One sign that I am violating my own nature in the name of nobility is a condition called burnout. Though usually regarded as the result of trying to give too much, burnout in my experience results from trying to give what I do not possess.

Consistent with the title of the book, Palmer urges us to listen to our lives. Do you understand, let alone value, the natural positioning of your life? Have you been patient, kind and humble enough in your learning posture toward self to gain such awareness?

In your hurry to fit your existence into the noble, beautiful, meaningful or enduring, have you noted your nature or been hostile to it? As John Donne observed, “Nature, though you drive it away, will return.”

Balance, as evocative as it is elusive, is a gift offered to the patient and mindful.

And wouldn’t it be nice to end there?

But we are not rocks! The surface upon which our lives happen is neither level nor still. Nor is existential stillness a viable human mode. Human balance is to be achieved in motion and metamorphoses. In the labyrinth of the inner ear, the human vestibular system is made up of canals and otoliths, sensing rotation and acceleration respectively. So too, our bodies have a system of muscles and ligaments tasked with carrying out its ever-varying signals. Balance within the human body is predicated on dynamic movement.

A more holistic picture of human balance, which I’m addressing here, also involves an enhanced awareness of one’s nature and the ballast of one’s self-concept (each deserving their own treatment), but also a dynamic signaling and execution loop between the internal and external.

Thus the coupling of maxims inscribed on the Temple of Delphi:

Know thyself
Do nothing in excess

Knowing and doing. Human balance requires not only that internal gyroscope for balance, but also those supporting muscles for carrying out its signals.

I’m writing in egress from a season that offered a convergence of additional meetings overlaid with out-of-town guest; alternating nights of stomach viruses and sick days wreaked havoc on my home life. Meanwhile, the conveyor-belt of responsibilities ceaselessly delivered its parts for my assembly. This game of Tetris can get away from us quickly, I’m afraid. Life not only requires great balance but behaves like some manufacturer’s stress protocol meant to expose product weakness. And so it does, and we must listen to this also.

Although humans are unlike rocks, still we too must be keen-observers of our balancing points. Rocks might still themselves when left alone, but humans never will. We weren’t intended to! But neither were we intended to remain out of kilter. Those same human endowments that perpetuate our motion might also perpetuate our balance—or at least our return to it!

If balance is to be a trait of our lives, we would do well to develop the external dexterities and musculature requisite for conducting ourselves adeptly in our world of multifarious demands. We might recognize feeble points or limiting strains and injuries of will; these we must address! So too, as I’ve written elsewhere, we must determine to order and regulate our internal lives toward growing coherence. Unchecked inner tumult will always produce outer tumultuousness. And these two cannot be substituted one for the other but must work in concert, and we must readily admit which realm we’re prone to avoid. (That last sentence is important.)

If our inner equilibrium is malfunctional, and we cannot name truthfully what drives us, then we’ll remain unsteady and debilitated as to where we’re being driven. It will become a form of self-abdication; a forfeiture of agency.

Without growing grit and meaningful strategies for relating to our own personal cosmos, along with the willingness to hold boundaries, address dysfunction and grapple with interpersonal dynamics, our external world will likewise remain a topsy turvy affair.

Grown ups must learn to do both well.

Like skiing moguls, one must see one’s line, stay over the skis and own each turn; but strength and stamina don’t hurt! Once you’re knocked back on your skis and discover yourself a careening rag doll, it may prove best to accept the loss. Skid (even awkwardly) to a stop, catch your breath, and plot your next attempt. Maybe dial back your ambition?

We need help in each of these realms, you know? Trusted voices offering balanced  perspectives; an occasional outreached hand of steadiness. This entails something Christians call grace.

Solomon put it this way:

Two are better than one, because they have a good return for their labor:
If either of them falls down, one can help the other up.
But pity anyone who falls and has no one to help them up.

Pity that one indeed, because aren’t we all prone to tottering?

Human balance is hard won and even harder sustained, as I believe it ought to be. Whenever I find myself at a ski hill, I’ll inevitably ask others about their day on the slopes. A common reply is, “Great! I didn’t fall once!” I’ll nod and smile, but inwardly I’m thinking, that sounds so boring! The exhilaration of the ski slope is found in probing one’s limits on rugged and challenging terrain, and each tumble exhibits our pursuit of its essence and a our determination to bend ourselves to it.

So too our dexterity toward full-orbed humanness must proceed in fits and starts; a path in which we must prize both balance and imbalance toward its culmination. In this, moments of balance become our indices of progress; gratifying,—almost miraculous—events of acquaintance with one’s true self; moments of stabilization from which we might endeavor the next movement. Imbalance, too, might be welcomed for its revealing power in our lives; an invitation to regard what we might yet be, and undertake our next assignment in becoming.

Balance is a very simple logical process. Even a rock can do it 👽🖖 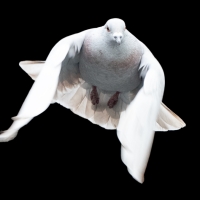 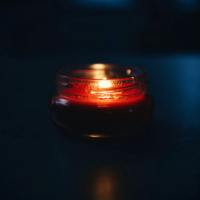 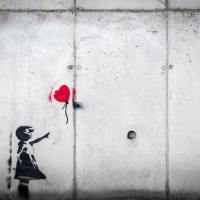 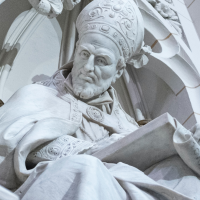 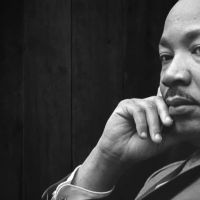